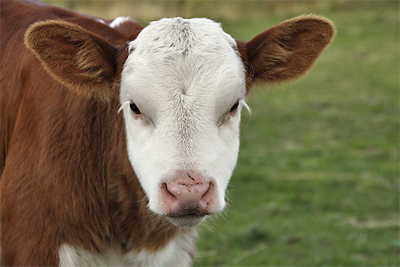 Veganism: a way of living which seeks to exclude, as far as possible and practical, all forms of exploitation of, and cruelty to, animals for food, clothing, or any other purpose. In dietary terms, it refers to the practice of dispensing with all animal produce, including meat, fish, poultry, eggs, animal milks, honey, and their derivatives.

Unlike the word "vegetarian", the word "vegan" specifically implies moral concern for animals. Therefore the word vegan extends to more than just diet. Vegans don't wear leather, fur, wool or silk and are against zoos, circuses, rodeos, animal testing and any other industry that exploits or abuses animals. 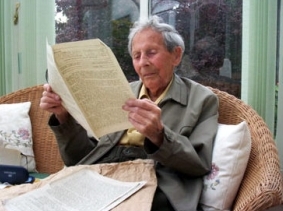 The word "vegan" was invented by Donald Watson, the founder of the U.K. Vegan Society. He was born in 1910 and died at the age of 95 in his home in Northern England.

In 1944 he got together with a group of friends to find a word that would describe their diets. He suggested "vegan", using the first three and last two letters of "vegetarian". It was the "beginning and end of vegetarian". Together they founded the Vegan Society. He wrote their first newsletter, which came out in November of 1944 and was called "The Vegan News".

In their first newsletter he wrote: "We should all consider carefully what our Group, and our magazine, and ourselves, shall be called. 'Non-dairy' has become established as a generally understood colloquialism, but like 'non-lacto' it is too negative. Moreover it does not imply that we are opposed to the use of eggs as food. We need a name that suggests what we do eat, and if possible one that conveys the idea that even with all animal foods taboo, Nature still offers us a bewildering assortment from which to choose. As this first issue of our periodical had to be named, I have used the title "The Vegan News". Should we adopt this, our diet will soon become known as a VEGAN diet, and we should aspire to the rank of VEGANS.".

Animal Rights: the rights to humane treatment claimed on behalf of animals, especially the right not to be exploited for human purposes. Animal rights activists are usually also vegans.

Omnivore: a person who consumes both animal and plant foods.

Vegetarian: a person who doesn't consume meat for whatever reason. Reasons can include religion, health or compassion. People who are vegetarian for compassion reasons usually also abstain from using leather or other products for which an animal is killed.

Strict Vegetarian: a person who doesn't consume any animal products. This person follows a vegan diet, but not necessarily a vegan lifestyle, which includes a moral concern for animals.

Fruitarian: a person who consumes only fruits and nuts. If you want to learn more about fruitarianism, please check out the website Mango the Raw Vegan Fruitarian.

Raw Foodist: a person who consumes between 75 and 100% raw foods. A food is considered raw if it was not heated above 115 °F (46°C). Many raw foodists are also vegans, but some consume raw meat, eggs, dairy or fish.

Lacto-ovo-vegetarian: a vegetarian who consumes both eggs and dairy.

Pescetarian: also known as pesco-vegetarian. This is a vegetarian who consumes dairy, eggs and fish.