Honey-Free Save the Bees Baklava 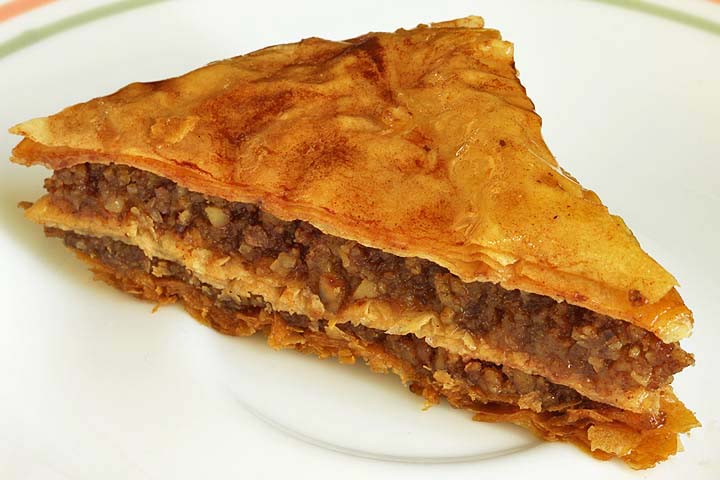 No this one is not low fat, but the cloying sweetness of standard baklava is gone. My friend Elaine prefers the name Honey I Saved the Bees Baklava.

Put all syrup ingredients into a large pot and cook to a boil. Reduce heat and simmer for 30 minutes. Strain the syrup and discard the spices and fruit. Sweet syrup can be refrigerated up to 2 weeks.

Mix chopped nuts and 2 tablespoons of ground cinnamon in a medium bowl.

Mix canola oil with 2 tablespoons ground cinnamon in a small bowl to make cinnamon oil. You might not use all the cinnamon oil, refrigerate it for another use.

With a sharp knife, cut baklava into squares of desired size, and then cut each square into two triangles. Make sure to cut all the way to the bottom. Bake baklava on center rack of the oven for 1 hour or until golden brown and puffy. Cool 30 minutes and pour hot syrup over the baklava.